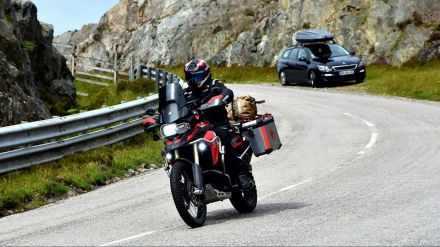 Qui petit seme petit quialt,
Et qui auques recoillir vialt,
An tel leu sa semance espande
Que fruit a cent dobles Ii rande,
Car an terre qui rien ne vaut
Bone semance i seche et faut.
If you sow lightly you reap
Lightly. And a good crop
Requires the kind of soil
Where seeds sprout a hundred
Fold, for even good seed
Dies in dried-up ground.
With this biblical quote the myth par excellence of European culture begins. Perceval or The Story of the Grail. Let’s take a step forward and get to Wagner and his Parsifal
PARSIFAL:
I scarcely tread,
yet seem already to have come far.
GURNEMANZ:
You see, my son,
time here becomes space.
Recalling these words of the opera, Riccardo Muti comments on Wagner’s Parsifal: Here, it is really so. In Parsifal there is no more time, it is another dimension, a ritual in which whoever plays it, who directs it, who listens to it enters. The rest loses importance.
Let’s take a step back, but without first having at least listened to the prelude to Wagner’s work.
Wagner – Parsifal, Prelude
The Story of the Grail was written by Chretien de Troyes in the 12th century and dedicated to its protector the Count Philip of Flanders. The climax and center of all story is Perceval’s encounter with the Fisher King. A bit like the legend of the great inquisitor in Dostoevsky’s The Karamazov brothers.
Parsifal in his pilgrimage reaches the castle of the Fisher King. There during a lavish dinner he attends a procession and for the first time sees the grail brought by a beautiful young woman
[…] the grail
Was borne back and forth,
Uncovered, plainly visible,
And still he did not know why.
[…]
And so he postponed his questions,
And simply ate and drank.
There was no shortage of food
Or wine, not at that table;
He dined in delight, and enjoyed it.
And then, when dinner was done,
They spent the rest of the evening
Talking.Then servants prepared
Their beds and brought in exotic
Fruit for their final repast
[…]
And he slept until morning
-Indeed, till the sun was well up
And the servants were bustling about.
But looking around, he saw
None were in the room
Near him, so he had to rise
Unassisted. This was annoying,
But he saw it had to be done
And did it, alone!
During a long series of new adventures, he meets a hermit, brother of the Fisher King, who confesses him during Lent and tells him how fool it was not having asked the question:
Ah Perceval, my friend,
Fortune is bald behind,
But hairy in front!
May curses
Fallon whoever greets you
Or wishes you well or prays
For your soul: you found
Fortune
But didn’t know how to keep it
The Fisher King made you
His guest, you saw the bleeding
Lance, but you couldn’t bebothered
To open your mouth and speak,
Asking why that drop
Of blood came rolling down
From the point of that shining spear!
You saw the grail carried In, and never asked
For what great lord it was borne!
Those who see their chance
But never grasp it, hoping
For a better, must suffer for their failure.
You’re that unlucky man
Who watched opportunity
Arrive, and held his tongue.
What an unlucky fool!
How wrong to sit there, silent,
When just a simple question
Could have cured that rich
And noble king of his suffering,
Allowed him to rule his kingdom In peace.
But no whenever
Will. Do you know what will happen,
Now that he’ll never be cured,
Never be able to rule
His own lands? Ladies will los
Their husbands, countries will be ruined,
Girls will have no guidance
And be forced to linger as orphans,
And a host of knights will die,
And all because of you.”
Those few words, explains Mircea Eliade, however, constituted the central question, the only problem that could affect not only the fisher king, but the entire cosmos: where the real par excellence was found, the sacred, the center of life and the source of immortality? Where was the Holy Grail located? Nobody, Perceval should have learned at his own expense, had thought of formulating this central question, and the world perished because of this metaphysical and religious indifference, because of this lack of imagination and absence of the desire for reality.

On our trip to Britain I walked along the audacious building of Adriano who wanted to protect the limes of Britannia, I think back to Arthur to his knights seated around a round table. I see Perceval, the youngest, poor and battered man, not because he is afraid of not asking the question that heals every wound, but because that question no longer has it in his heart. In this new Europe ….